Why did the Soviet Union Collapse?

30 years ago (18 Dec. 1991), the Soviet Union’s Presidents Gorbachev and Yeltsin shut down the Soviet Union. They promised to dissolve the USSR’s state structures by the end of the year 1991. Out of the ashes would arise a new Russia and other “socialist soviet republics” would have to fend for themselves.

On Dec. 18, 1991, such world history was made for which hardly anyone was prepared, even 15 years before or in August, 1975 – at the Helsinki ETYK (Conference on Security and Cooperation in Europe (CSCE)) meeting. It was there that Europe’s borders were considered inviolate, to remain so next to forever.

Why did the Soviet Union collapse?

The disintegration of the Soviet Union has more than one cause, but the nearly non-violent implosion so suddenly still feels unbelievable. Really, as we have witnessed in these 20 years, Russians/the Soviet Union’s people, have certainly paid their dues – in blood as well as in rubles.

Economically the USSR was an ineffectual and clay-footed giant already in the 1980s decade, but politically and militarily still a second superpower, alongside the USA. The country’s leadership understood the internal situation, even in KGB reports as well, but the “Old Men’s” club allowed the train to keep running, although the power in the engine was exhausted. An extraordinary allegory about the end of the Soviet Union is suggested in director Vadim Abdrashitov’s 1980s motion picture, which has the directly appropriate title, “Ostanovilsja pojezd /The Train Stopped”.

Why then did the 70-year-old experiment called “realisosialismi” ( “real socialism”), in Finnish (=far from “real”, far from “socialism”) not succeed and why did the USSR collapse?

My own analytical model (thus, one primary cause for the empire’s collapse) is quite unscientific, Orwellian. It is based on the testimony of some close friends. Not on economics, nor Gogolian “Dead Souls”, nor on the ineffectuality of modernization, nor political dictatorship, party power – but on IDEOLOGICAL LACK OF BELIEF.

Behavior Model of the Intelligentsia

Faith and utopian belief especially can keep peoples and even governments together for a long time although as seen by outsiders, such prerequisites don’t exist even in name. The lack of belief and so-called Orwellian double-think, was perhaps manifested best by Slavophile writer Alexander Solzhenitsyn , who said of the Russian intelligentsia, which was supposed to be the CONSCIENCE of society (?) – or of its cowardly intellectuals, thusly: “THE RUSSIAN INTELLIGENTSIA SAYS ONE THING, THINKS ANOTHER AND DOES A THIRD.”

That BEHAVIOR MODEL of the INTELLIGENTSIA had spread to a larger layer of the population by the 1970s. It wasn’t difficult to notice (since I lived in the country for six years) how at formal functions one thing was said along with broad smiles, and in unofficial kitchen talk or in the beer line, mockery prevailed to whatever degree. I even used the term CONTROLLED SCHIZOPHRENIA for that behavior pattern. This was already learned in school, if not already in child care centers. And particularly in universities. where it spread even into the sciences

In question was also generational thinking. Still in the 1960s, communism, a peaceful co-existence , and the triumph of communism already in the near future loomed in the minds of the 1960s generation. But then in the 1970s, and finally in the 1980s, the students’ utopia vanished into the mists of Lake Baikal. Citizens and even rank-and-file party members began to notice that plans were only made on paper, ideology was for the masses, and the elites lived their own lives….

My especially close friends, a fellow student couple, Valeri and Natasha, already assured me in 1974-75 that the USSR would hardly see the year 2000. The Soviet Union would collapse because of its impossibility before then…or civil war would erupt. We lived in the same apartment building, No. 6 Mytninskaya, in Naberezhnaja, and our first-born (twin) sons were born the same year. I laughed in their faces, I didn’t believe them; you’re only kidding?

Valeri and Natasha were entirely serious. Later on Valeri became a private school principal, Natasha for some years, among other things was a judiciary department adviser for the St. Petersburg and Petrozavodsk city governments. Both had been Konsomol (Young Communist League) and student activists and a part of Perestroika. Now inactive.. (They are my best Russian friends. Natasha was my legal counsel during my divorce in St. Petersburg.)

I asked them some time during 1974-75 why the USSR would collapse? Their answer (as I best remember): “Socialism cannot be built when no one believes in anything. The thinking is different than what is said or written—and everything is done for individual (gain), no longer for the common good. Only careerists succeed here – the virtual ass-kissers, A normal person can’t stand this. And as ever more individuals fall apart, the whole country disintegrates – some principle and truth generally interests people. Some morality. Immorality also destroyed Rome. We were the third Rome of our dreams, communism the utopia that united us, now it is in ruins…”

The lack of belief: doubletalk

My conclusions: The primary cause for the collapse of the Soviet Union was the destruction of the truth through doubletalk, the official lying—and the lack of belief caused an internal decay. The Party elite with its evils and the rulers’ everlasting dilemma: Power always corrupts, absolute power absolutely..

What followed the disintegration of the Soviet Union?

Hindsight is easy, but I won’t dwell on that. When I rightly remember, even with the fall of the Berlin Wall in 1989, I didn’t believe that the Soviet Union would disappear from the world map within two years.

The collapse of a huge empire led to ghastly results. Predator capitalism grew wings – not only in Russia but in Europe. The Eastern superpower in a way had checked the exploitation of global imperialism for decades. In all its brutality, it was the support and security of the Western powers’ “working classes” and the exploited of the Third World. A total paradox, thus. And at the same time it’s a paradox that Europe responded to the Soviet Union’s collapse by combining in the terms a market economy into a new EURO-UNION — and the nonsense about a European identity, a force for peace and common values, brings to mind Orwell-Speak’s ghastly suggestions… But that is another story.

Predator capitalism was followed by a rise in nationalism everywhere in Eastern Europe – open racism and fanatical patriotism in Russia. There is still no sign of genuine democracy or “civil society” in Russia, not to speak of a multi-party system. Only in cultural life there seems to be some movement, and only a small indication of popular protest was experienced

If Eastern Europe’s 1960s generation or those genuine humanists who had lost their beliefs (=Valeri and Natasha) had been heard earlier, and if there had been a dialogue in the Soviet Union as well, we would perhaps not then have witnessed the post-2000 return of the greatest and most horrid form of predator capitalism—in Russia. Perhaps the Eastern empire then might have had other opportunities to build a genuine socialist economy,, a future, democracy and civil society. .

(Pentti Stranius is a researcher-writer and blogger for the internet edition of the Finnish newspaper Kansan Uutiset. He lives in Joensuu, Finland and signs himself as “Joensuun Öisinajattelija” (Joensuu’s Nocturnal Thinker / Muse). “Öisinajattelija” is a pun on the word “Toisinajattelija” which nicely translates as “Dissident Muse.” Along with his social and political commentary, Stranius reviews Russian books and films. His last own works : Joutilaan työhistoria / Idler´s Career, 2020 – and Unohdettu valkokangas / Forgotten Screen, Jan 2022) 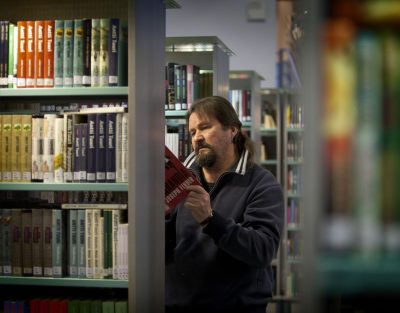